The contradictions along the father’s path have not failed to tickle my funny bone in a way that eludes understanding. Of course, when they are presented in the original form the confusion is not so funny. Going way back, on some level I have always known I was going to be a father, always wanted to be a father. Yet I hesitantly stepped into the role across an imaginary chasm, all the while holding my breath. For some of us, there are many mysteries and knots to untie before you get there—and this was not lost on me. The last thing we want to do is what we are most afraid of—failing our kids, failing to be the father we want to be.

Photo by Skitterphoto on Pexels.com

I am reminded of this having randomly channel surfed to three consecutive speeches of new inductees to the Pro Football Hall of Fame. All three of their fathers were not present for the ceremony— or for the inductees’ lives. And only once was “dad” mentioned—by the great Baltimore Raven Ray Lewis—who gracefully said, “Father, even though you’re not here. I love ya anyway. I love ya anyway, daddy. Wherever you at.” 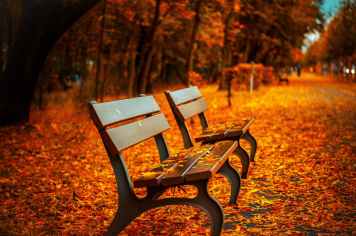 Photo by Pixabay on Pexels.com

When this man spoke these words, if you listened from a certain space, you could hear a lifetime of pain, and the lightness of resolution. Once again, a hitch in my breathing and a long sigh, and an even longer “Why?” That is not for me to say. For all I know is in my own small orbit of trying to be just a little bit better than I was yesterday, a little more grown up than before because everything changes. While many care for us, love us, and support us along the way, in our deepest well, we only call one person, “Daddy.” For that moment the hulking Ray Lewis, a sublime middle linebacker who gave his body to violent collisions for 17 years, collided with the sweetness of memories not made. I love ya anyway, daddy.

In some way and some time, all paths lead home. A son guided by the Father in the light of what will always be for He is everywhere. And in that space along the path, when you lose the feeling of being lost, there is peace. I love ya anyway, wherever…

Direction. Execution. Evolution. Each day can be an expression of living with purpose and focusing on what matters most. My sites share this theme of vision, living in our most important roles and responsibilities from imagination and creativity in a simple, practical way. I am committed to educating and serving, founded in principles of development, that people can use and practice in their every day lives.

In Search of Presence